I somewhat successfully cut a solder paste stencil containing a qfn-48 package with a rotary engraver!

Continuing from the last post. I was finally able to get a somewhat clean cut of the stencil, enough to actually put paste down and reflow a board with a QFN48 part. 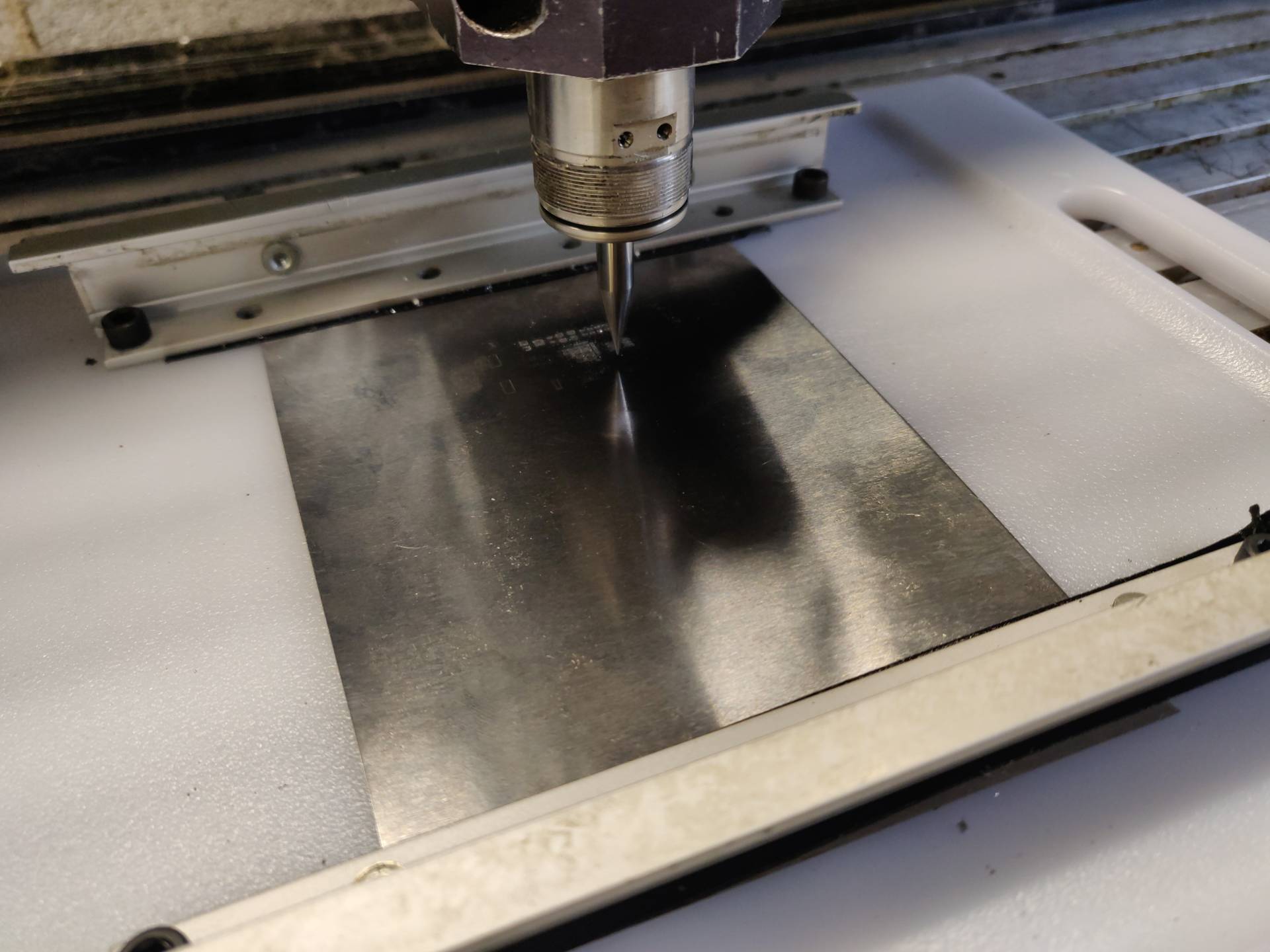 The 30 degree bit helped a lot, but getting a repeatible depth for cutting 5 thou thick stainless is quite a difficult... I have an all new respect for tight tolerance machining.

The board is only one inch wide but from side to side the depth is different enough that it will cut deeper from one side to the other (it is not missing steps). 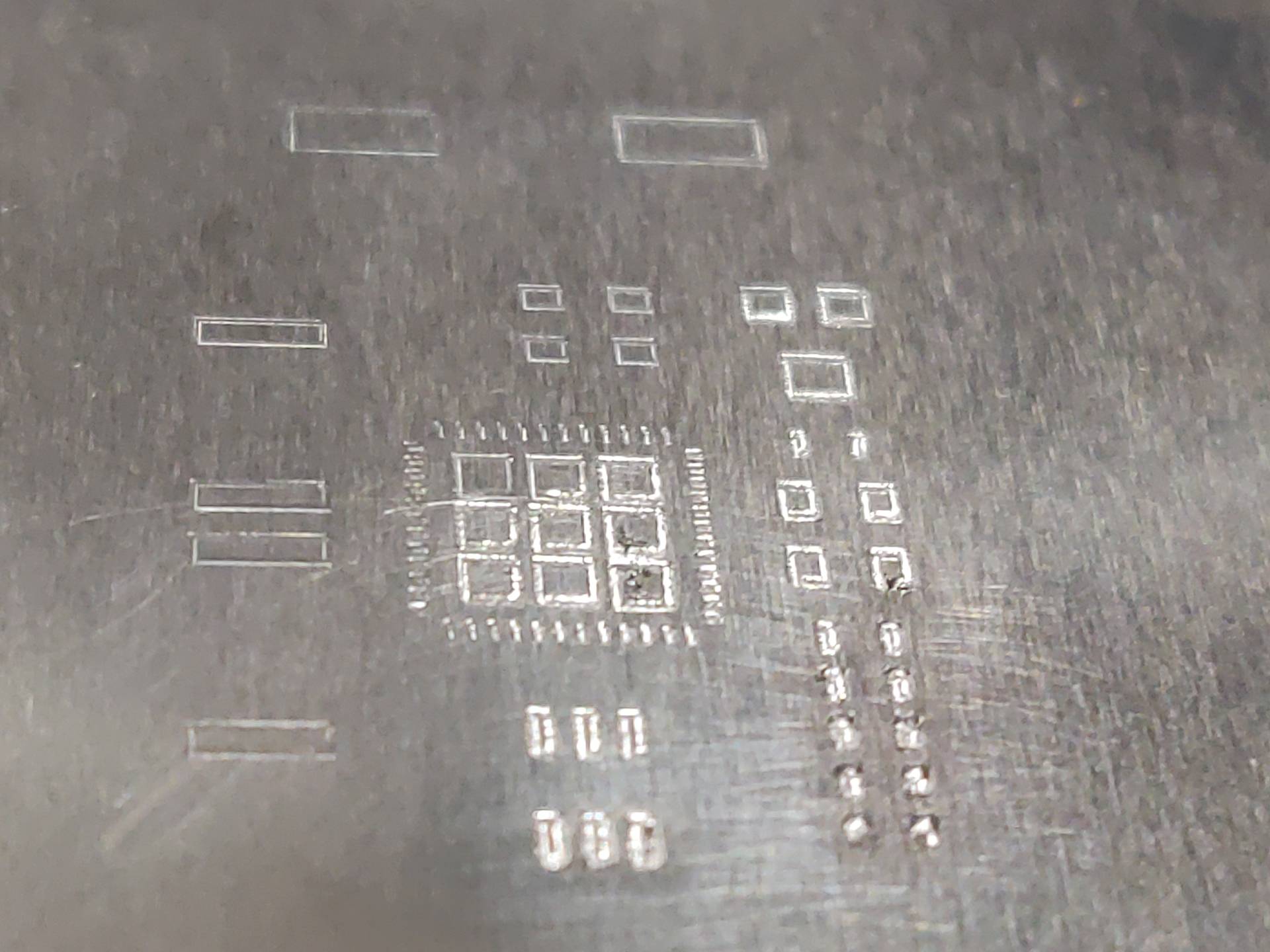 This was using a $2 cutting board from walmart as the backing material. It turns out the cutting board had a difference of over 10 thou thickness from one side to the other, which is twice the thickness of the stainless sheet.

After replacing that with a thicker cutting board (3/8") which was much more flat, I was able to get a decent cut using a depth of ~10 thou. 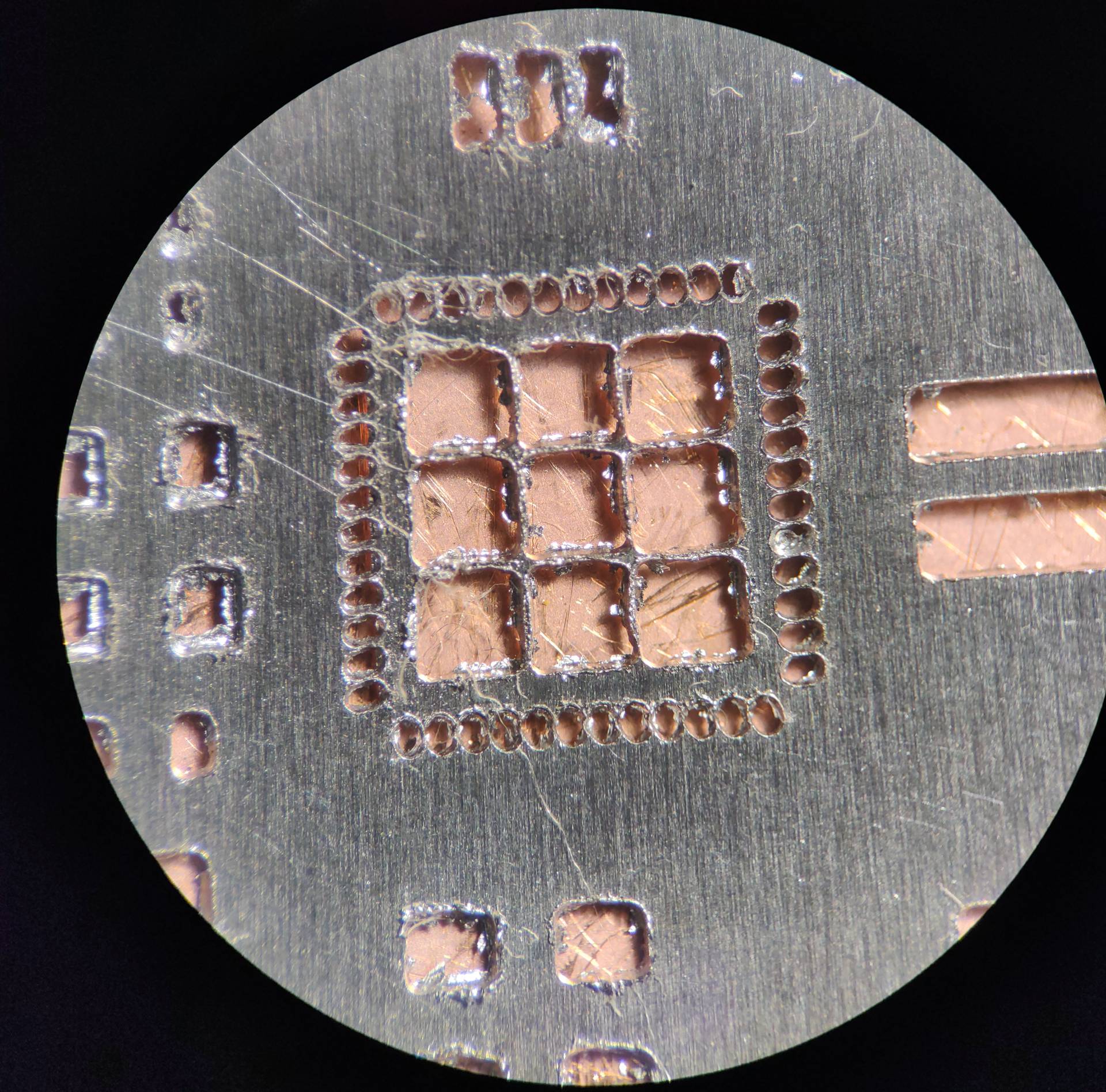 As you can see the dividers in the ground pad stayed in tact but look pretty rough. None of the cuts are clean and all of them need deburred and touched up a little after cutting. 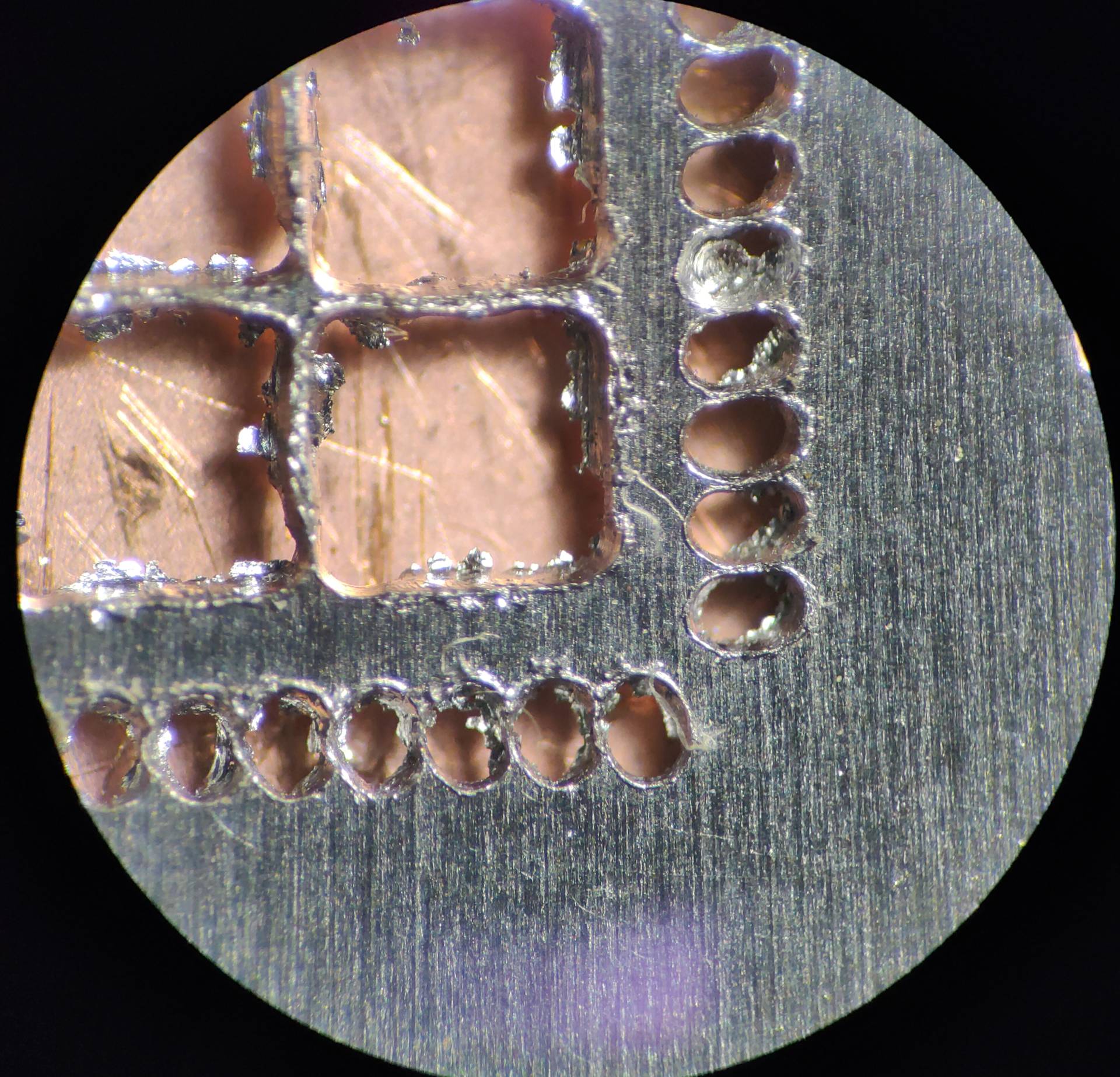 Also the one row of pads is slightly slanted because the cutter pushing on it caused the board to slightly lift up since it's still not under tension.

In any event, I gave it a go and here's the result. 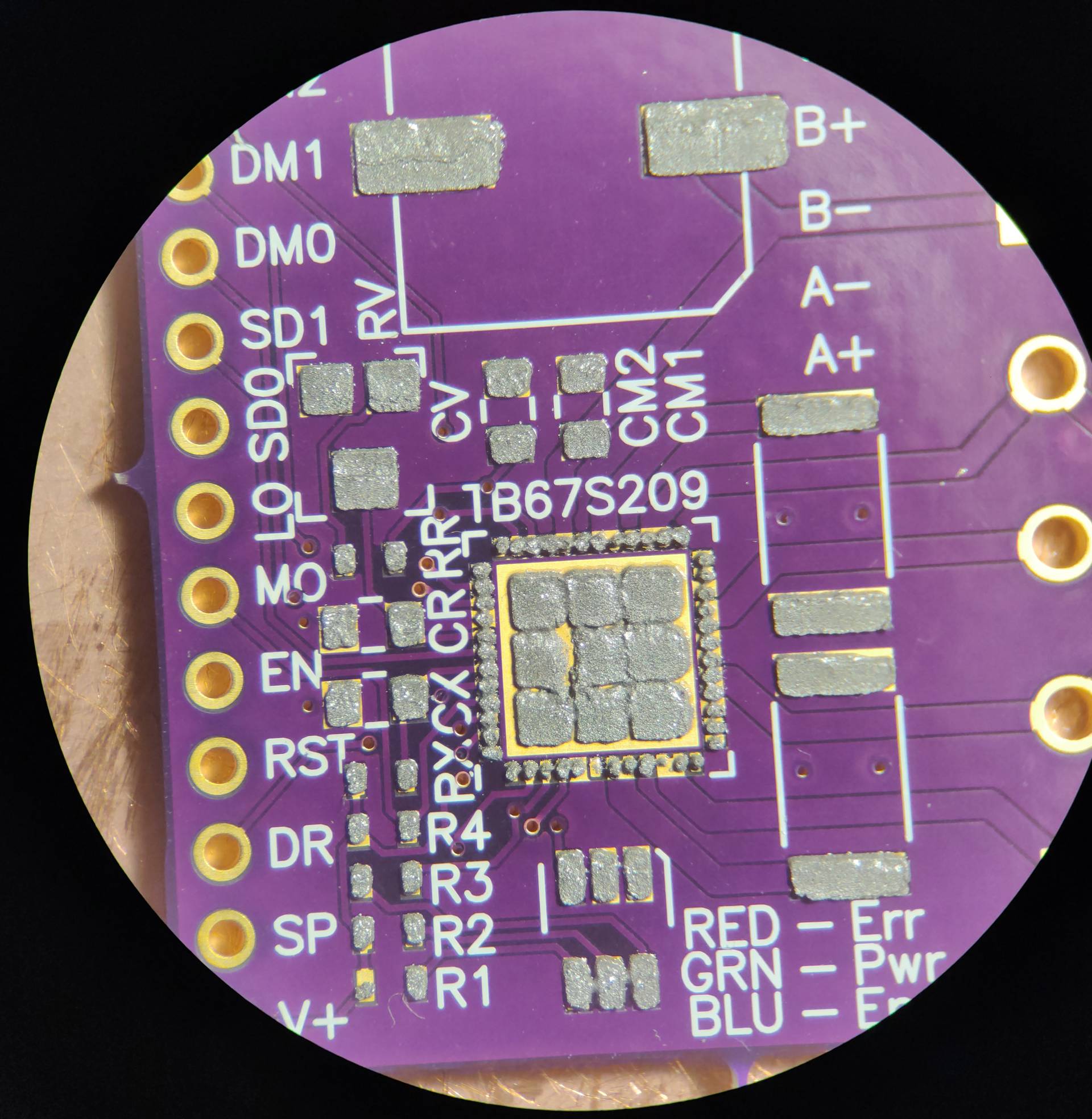 The solder seemd to release ok, I cut it mirrored so the cut angle was facing down.

However, there was definitely too much paste on the top and left sides and two pads at the bottom didn't have enough. I got lucky as one was NC and the other was a double so it didn't matter. 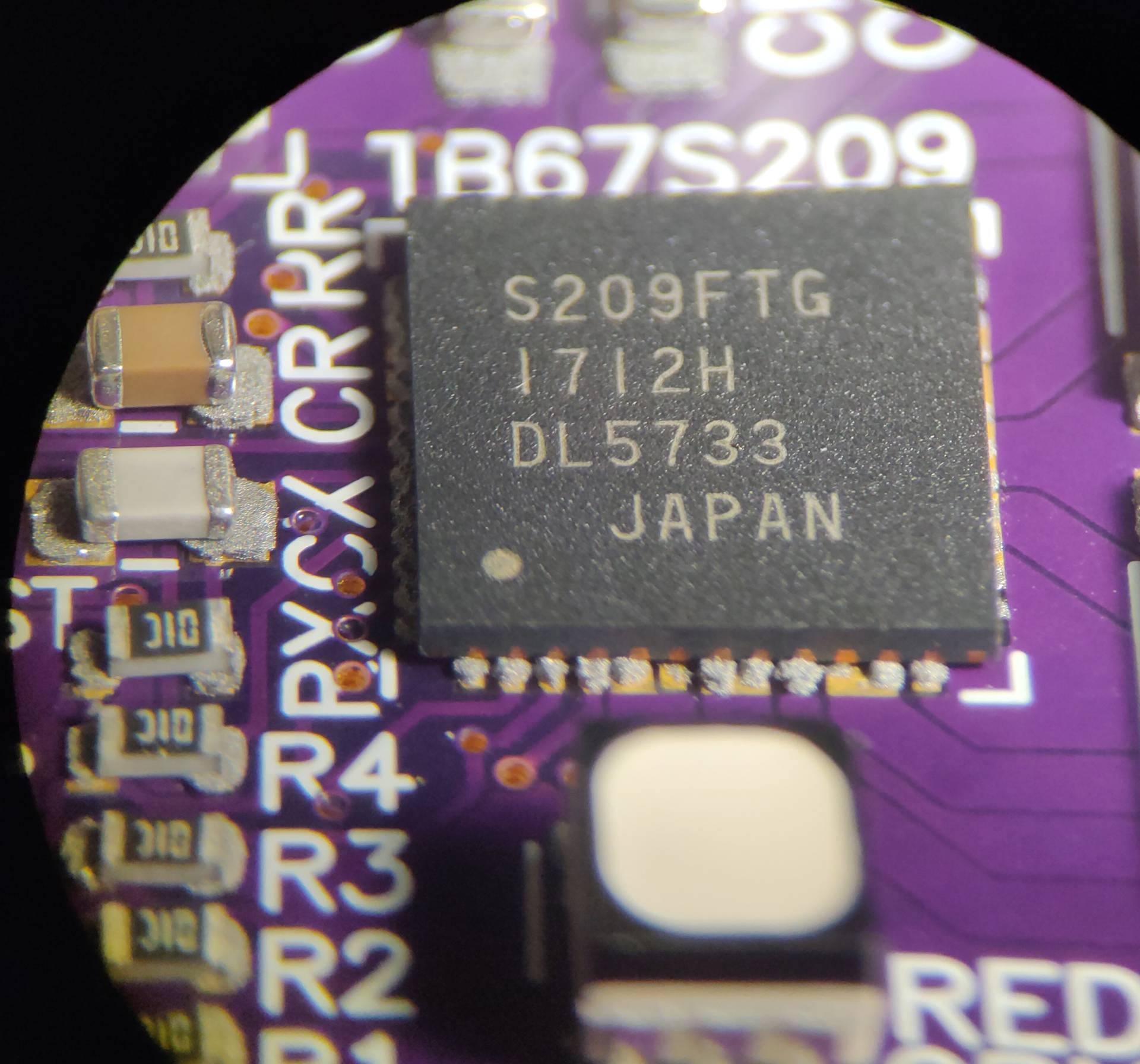 After reflowing it, two pads bridged and needed touched up. Some of the excess solder went down the thermal vias and formed balls on the bottom of the board.

I'm guessing the stencil is too thick but there's other factors. I'm using room-temp T4 solder paste thats about a year old.. and the bottom heating elements on the oven need replaced. 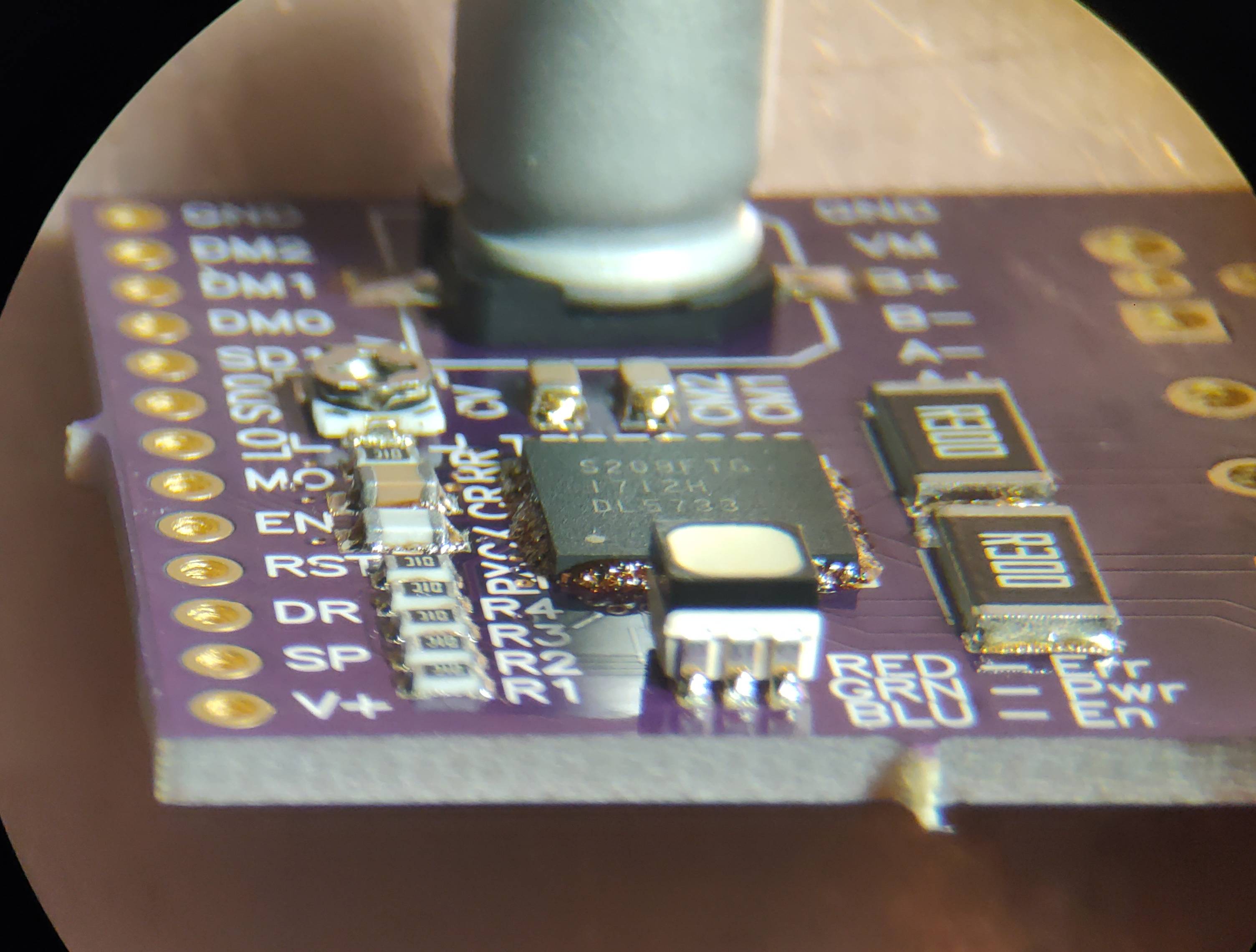 After cleaning some of the flux the solder balls are definitely too big but the bottom and left sides had no bridging. 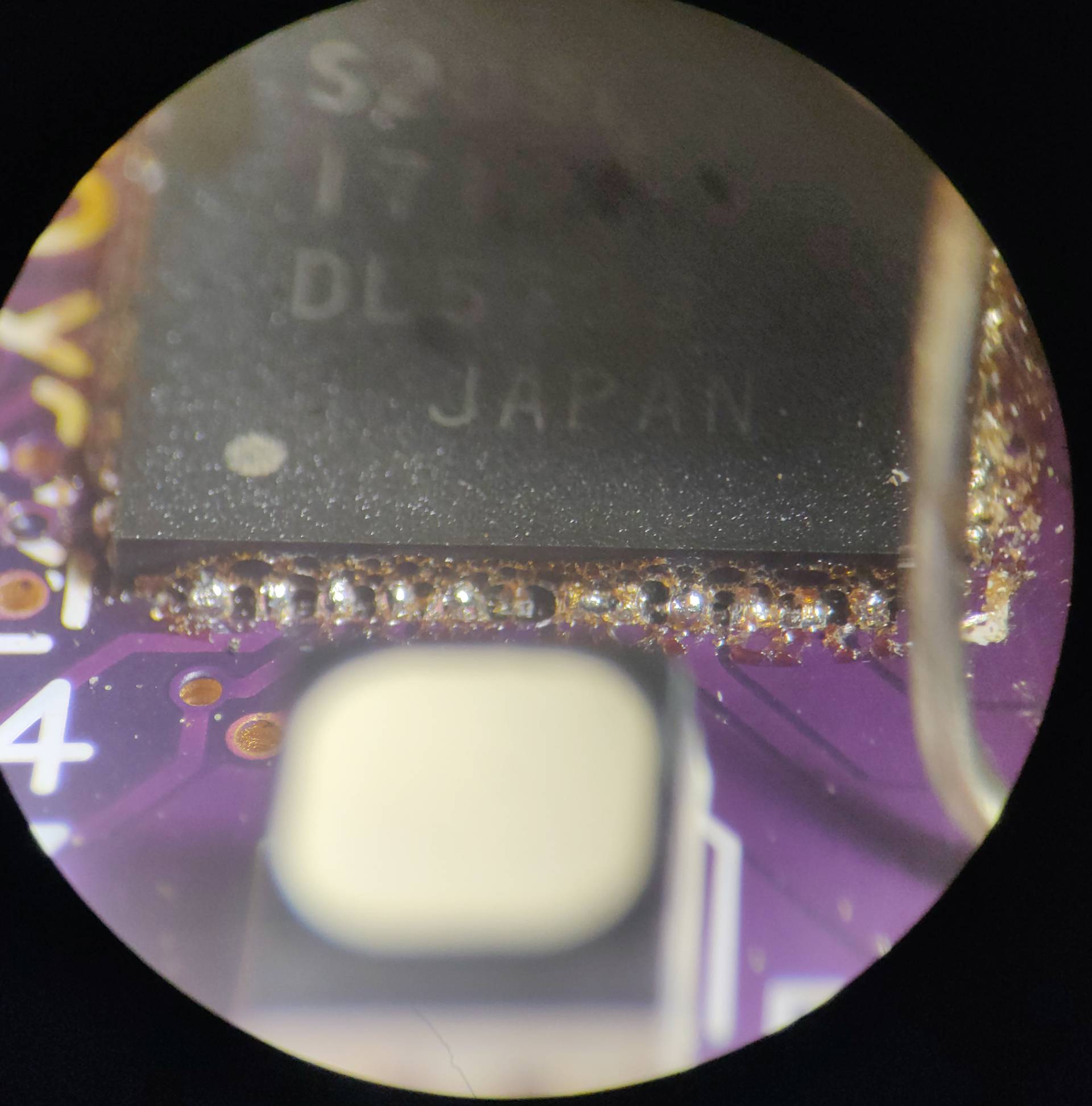 Sorry for the poor pictures, it's an optical scope and I use my phone to take pictures which can never focus right..

I don't know if moving to a 4 thou stainless sheet will help with the extra solder but still work for larger components.

Another idea is to cut one side then mill out the other side which might also automate the deburring process.

The board had a design flaw but I was able to get it working and have a new design on the way.